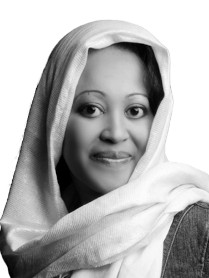 DR ZAZA JOHNSON ELSHEIKH is dually qualified as a medical doctor and solicitor as well as being a highly experienced mediator and International Commercial Arbitrator (CIArb).

She is an active pluralist and fluent in Arabic and Zaza frequently contributes to the prevention of and response to radicalization through mediation and mentoring often working alongside the Metropolitan Police.

As a Conflict Resolution Trainer, Restorative Justice
Practitioner and Community Leader for Muslim Women, Zaza also delivers a range of courses and seminars in Churches, Mosques, Schools and Universities as well teaching children (including those with Special Educational Needs) to handle conflicts with their peers, siblings and parents more constructively.

Her commitment to improving the levels of engagement within ethnic and religious communities is strongly evidenced by her founding of the charity BIMA, a multi-faith association of Mediators and Arbitrators.

This website uses cookies to improve your experience while you navigate through the website. Out of these cookies, the cookies that are categorised as necessary are stored on your browser as they are essential for the working of basic functionalities of the website. We also use third-party cookies that help us analyse and understand how you use this website. These cookies will be stored in your browser only with your consent. You also have the option to opt-out of these cookies. But opting out of some of these cookies may have an effect on your browsing experience.
Necessary Always Enabled
Necessary cookies are absolutely essential for the website to function properly. This category only includes cookies that ensures basic functionalities and security features of the website. These cookies do not store any personal information.
Non-necessary
Any cookies that may not be particularly necessary for the website to function and is used specifically to collect user personal data via analytics, ads, other embedded contents are termed as non-necessary cookies. It is mandatory to procure user consent prior to running these cookies on your website.
SAVE & ACCEPT