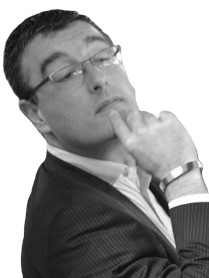 Oliver Richbell is a founding Partner of The Dispute Avoidance and Resolution Partnership and a former Commercial Litigation Solicitor.

He now applies his years of experience to assist businesses to avoid disputes where possible, or to manage them pragmatically or to resolve them in the most commercial way.

His approach of placing the client’s interests as his paramount objective leads to the greater use of facilitation and collaborative processes in the formation, preparation, drafting and reviewing of commercial agreements therefore reducing the possibility of disputes occurring at all.

"How do you get a result when the other side won’t engage and deal with your problem?

One way is to use an expert in dispute resolution, such as the Dispute Avoidance and Resolution Partnership. I had been in dispute with a major retailer for over six months concerning defective goods and was getting nowhere. I consulted Oliver Richbell of the Dispute Avoidance and Resolution Partnership who advised on a strategy that produced the desired result within little over seventy two hours; proof that a fair and equitable outcome is achievable without recourse to expensive litigation."

"I felt that throughout Oliver went over and beyond my expectations and this resulted in an outcome that was more than I had hoped for. Despite my case probably being a very small fish he treated me as if I was his only client.

I was not just another file but an actual person who Oliver took the time to get to know and to also get to the root of the problem. This is why I think he was so successful."

"Oliver Richbell is a friendly approachable character. He is professional and takes his role very seriously and will always offer the best possible advice tailored to the clients' needs. I would thoroughly recommend his services."

"I’ve known Oliver Richbell for the last eight years. He is an excellent solicitor who responds quickly and efficiently in every situation that I have used him for.

I have recommended him to a number of the former members of my Academy for Chief Executives Group and will continue to do so. He is a man of the highest integrity and is exceptionally personable and approachable. I do not hesitate in recommending him highly to colleagues and friends alike."

"Olly Richbell has a great professional approach all round. He makes you feel at ease and explains in layman`s terms.

I would not hesitate to recommend Olly to anyone."

This website uses cookies to improve your experience while you navigate through the website. Out of these cookies, the cookies that are categorised as necessary are stored on your browser as they are essential for the working of basic functionalities of the website. We also use third-party cookies that help us analyse and understand how you use this website. These cookies will be stored in your browser only with your consent. You also have the option to opt-out of these cookies. But opting out of some of these cookies may have an effect on your browsing experience.
Necessary Always Enabled
Necessary cookies are absolutely essential for the website to function properly. This category only includes cookies that ensures basic functionalities and security features of the website. These cookies do not store any personal information.
Non-necessary
Any cookies that may not be particularly necessary for the website to function and is used specifically to collect user personal data via analytics, ads, other embedded contents are termed as non-necessary cookies. It is mandatory to procure user consent prior to running these cookies on your website.
SAVE & ACCEPT